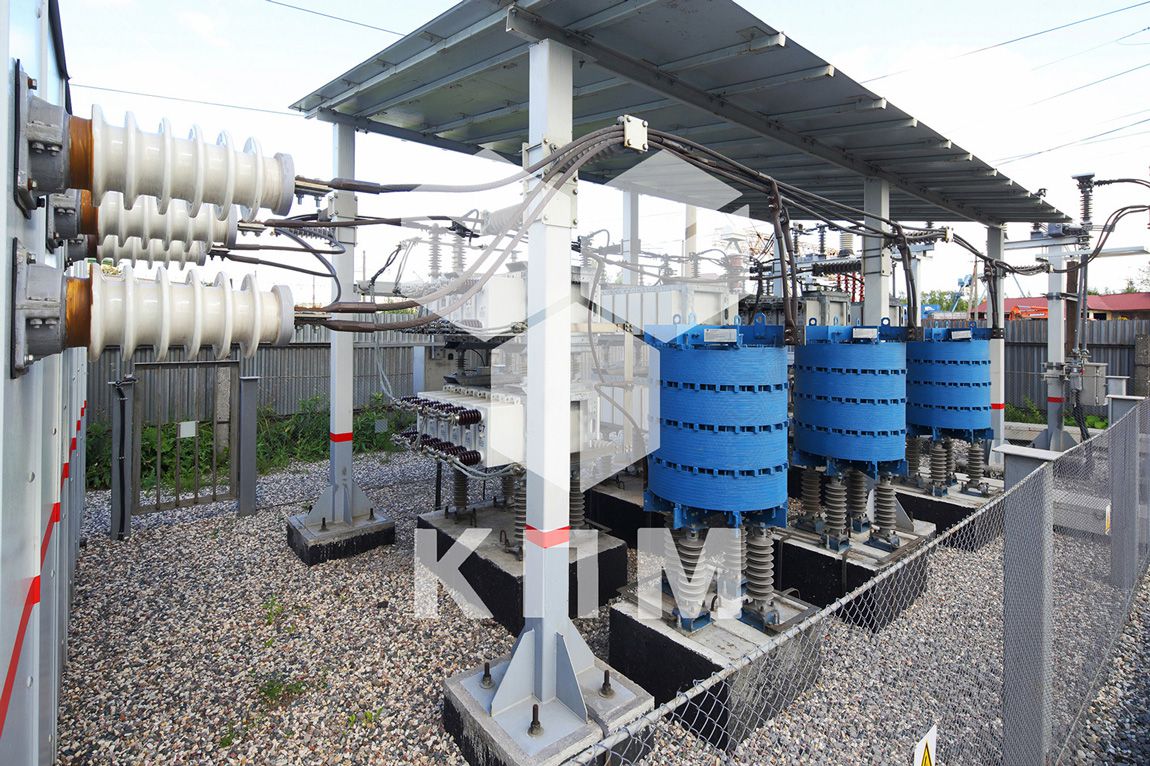 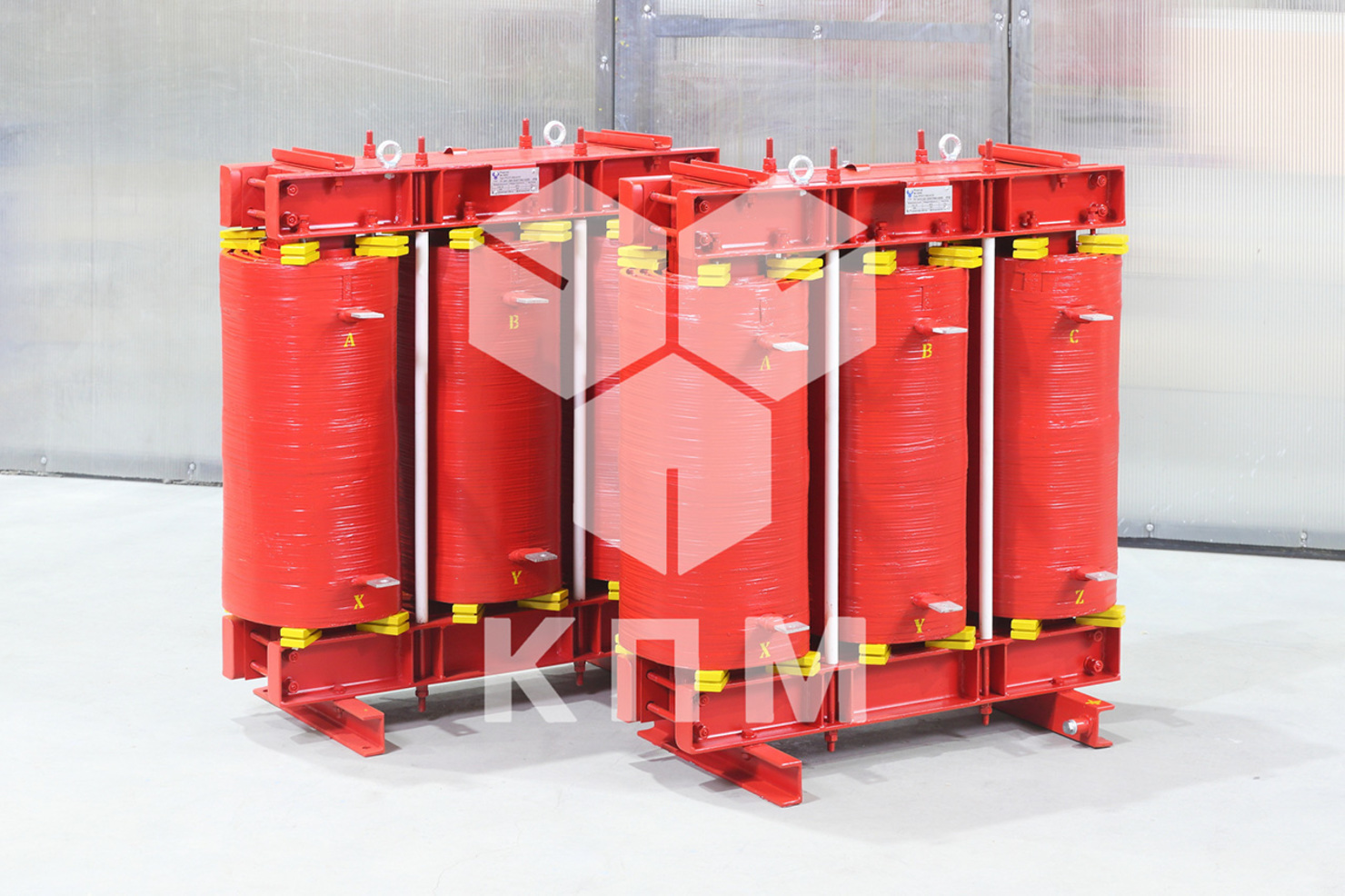 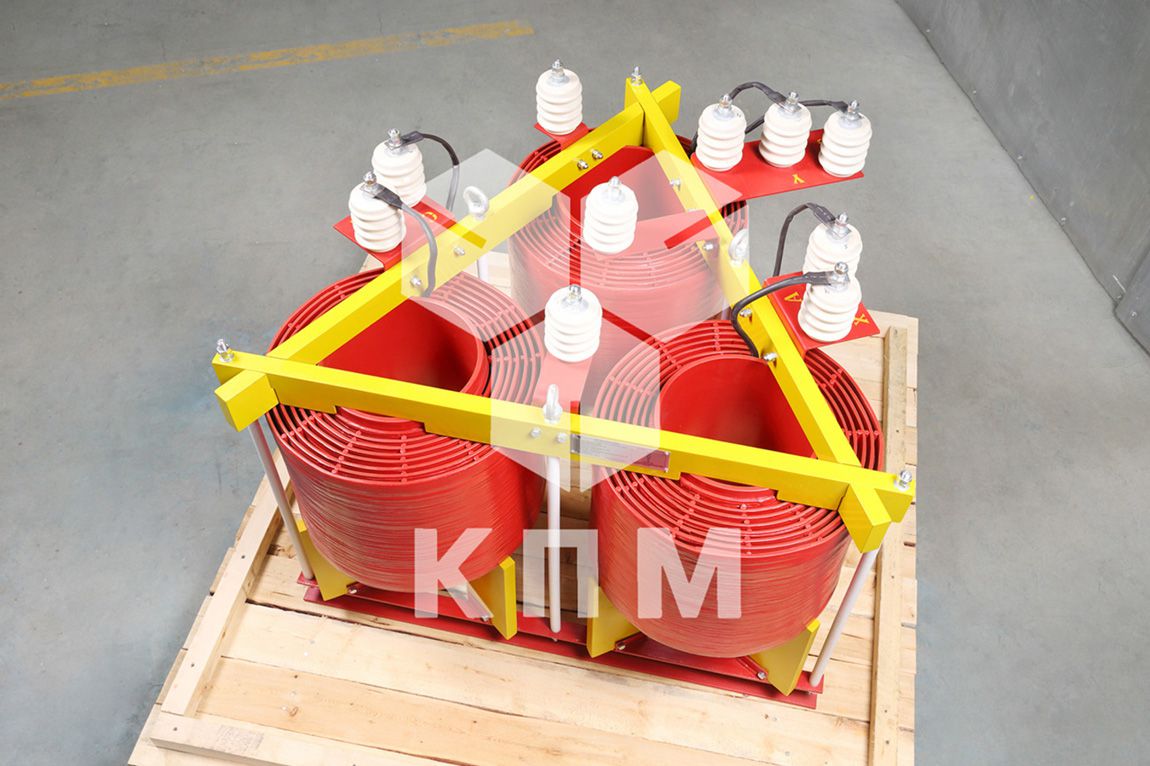 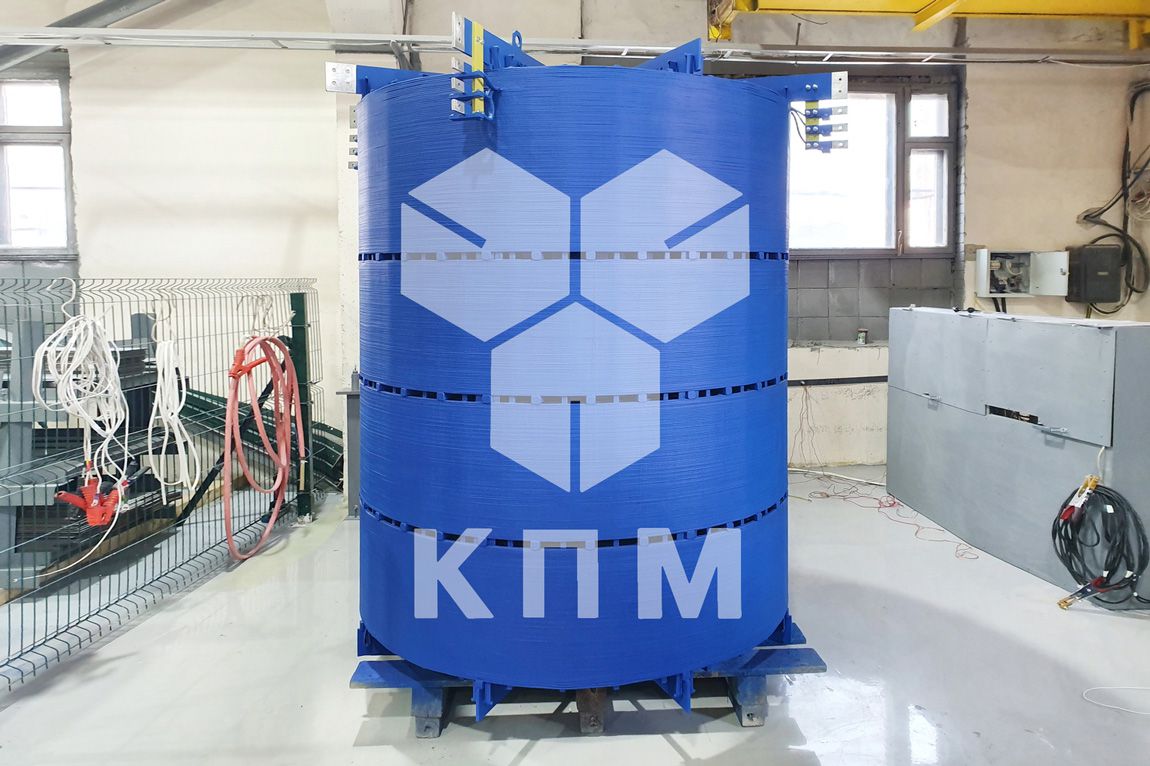 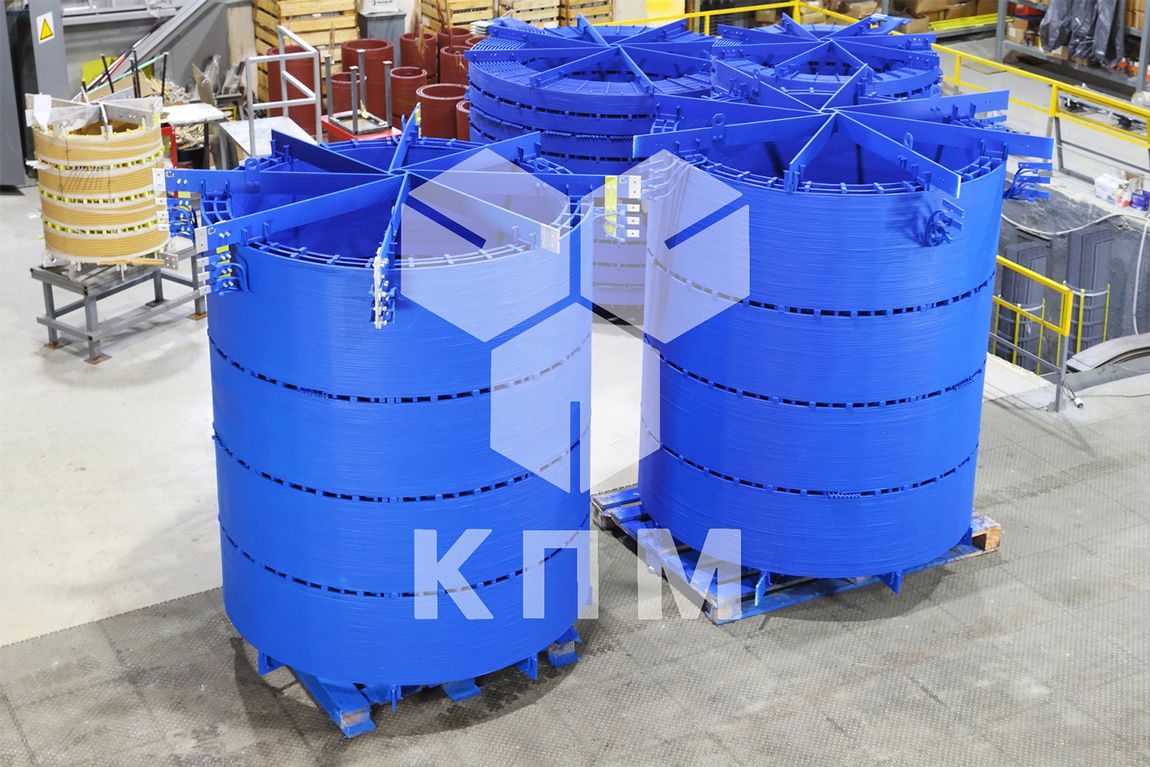 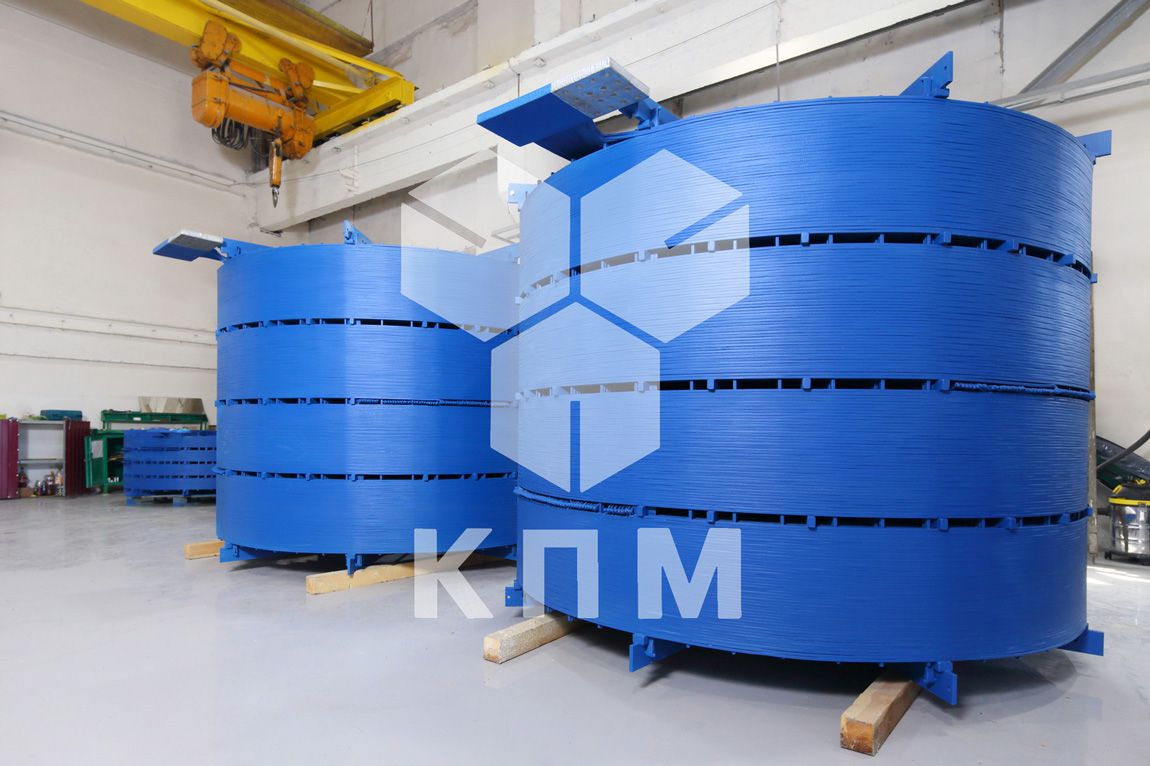 Dry filter reactors are manufactured by KPM, LLC based on the technology that has proven itself in manufacture of current-limiting reactors.

The necessity in balancing the reactive power and voltage across the consumer power substation busbars lead to wide use of capacitors. Resistance of such batteries is inversely proportional to the voltage frequency .

The usual method of the actual shape of current and voltage waveforms analysis is Fourier transform of complex waves. The Fourier transform represents the distortions as sine waveforms with frequencies being multiples of the commercial frequency (50 Hz, 100 Hz, 150 Hz, etc.) — the so-called high-order harmonics. That is why, expression "high-order harmonics" is frequently used, although, in general, distortion of current and voltage waveform in transient states is referred to.

Traditionally, other sources of high-order harmonics are feeders of railway, subway and municipal transport overhead contact systems. This is due to the operating regime which, as a rule, implies regeneration of current during braking of electrical transport.

The source of high-order harmonics may also be represented by most common devices in electrical networks — transformers and reactors with ferromagnetic cores, electric motors and generators. If they are overloaded (overexcited), their current-voltage diagram becomes explicitly nonlinear, which leads to appearance of the 5th, 7th and higher harmonics.

Current electrical systems are characterized by high percentage of nonlinear loads — electrical apparatuses and machinery with nonlinear current-voltage diagrams. For example, devices based on power electronics (thyristors, IGBTs, etc.) belong to this group of loads — rectifiers, softstarters, variable-frequency drives, static power supply units, etc. Their application is determined by the requirements to modern electrical devices — their high controllability, lower power consumption. Use of power electronics causes disturbances in electrical networks. An AC network starts having dead times, sharp edges ("spikes") of electrical quantities. All of it might require use of filter reactors.

Filter reactors are also required when devices rarely occurring in the Russian Federation are connected to the network: HVDC inserts and lines and SVC/STATCOM devices — static thyristor compensators of reactive power.

In many cases, appearance of high-order harmonics in the network is inevitable. But their presence is considered destructive and undesirable:

Power-line filters are used to protect capacitors and other elements of the network against high-order harmonics. A simplest power-line filter consists of a single element — filter reactor. If it is necessary to ensure additional limiting of currents, such filter shall include resistors. If it is necessary to limit surge overvoltages, there shall be insulation coordination means — nonlinear overvoltage suppressors (OVS).

Power-line filters and filter reactors are connected to an electrical network in series and/or in parallel with sources of high-order harmonics. Selection of the power-line filter connection configuration and its parameters depends on the network characteristics and peculiarities of the high-order harmonic sources. The basis for selection shall be the design calculation for the respective part of the network.

Design of filter reactors is similar to that of current-limiting reactors manufactured by KPM, LLC. Filter reactors have the characteristics adapted to their application conditions — reinforced insulation.